We have over twenty years experience in the Waste Industry and have – during that time – seen the development of a Society that is no longer content to just dispose of its waste (along with the environmental issues associated
with that exercise) but now wishes to – wherever possible – recycle any / all items so that we can be more at ease with our Planet.

We have recently been subject to – for the best of reasons – legislation that has become more and more stringent with our procedures whilst, at the same time, been encountering the ever decreasing availability of ‘landfill areas’ which have, historically, been the recognised ‘dumping ground’ for such material.This has meant that it has been in the Company’s interest to strive to implement procedures that would achieve Society’s objectives whilst – hopefully –
improving our own business turnover.

Starting a few years ago we introduced ‘picking lines’ that helped segregate the waste that we have picked up ourselves along with waste that has been sent to us from similar Organisations. Although ‘labour demanding’ this began our aspiration to diminish ‘landfill use’ , decrease our disposal overheads – all whilst generating Income from recycled products such as aggregates.

By investigating the marketplace and also discussing the issues with Engineering Companies – who are used to dealing with big volumes of product – we decided to create a ‘recycling environment’ that would now also deal with
the ‘soil based’ waste product alongside our existing ‘picking line’ routines. This ‘new’ approach meant that the criteria for success was that we needed to address the TOTAL problem – not just wood or metal or soil or whatever the ‘source’ waste was. This Project is to ‘complete the circle’.

We have now arranged the purchase of a Wash / Press Plant that will deal with ALL the soil based input – and, using ‘flocculation procedures’, segregate the waste into different SALEABLE commodities – the smallest of which we will
then ‘collect’ and using a sophisticated Press’ will create ‘bricks’ that we can also trade. The initial Overheads related to the Install will be substantial but we believe the rewards – for both the Company and Society – will be considerable. What we now need is the assistance to get this initial stage of the development off the ground.

Our Project has one major objective – to maximise the proportion of recyclable product from all of the Waste that passes through our business. Outside factors are already impacting dramatically on what we – as a Society –
are facing when dealing with these problems. Lack of ‘landfill’ areas, the labour cost associated with the routines, the energy costs involved are just a few of the many issues related to these procedures. We recently decided to re-visit the ‘total problem’ BUT added the ‘goal’ that any further investment MUST have a business ‘advantage’. The vision we came up with was that the ‘waste’ ought to be considered the ‘material input’ to a ‘production line’ and that the ‘output’ from that ‘assembly line’ would be a range products that we – as a Company – could then SELL.

If we could achieve this then it was a ‘win / win’ situation for nearly all of the people involved i.e. we would diminish the landfill usage – re-use a lot of material – show major energy savings – and seriously decrease our emission
output etc. The planned ‘production line’ will start with a detailed ‘segregation picking station’ – to remove the more obvious items, wood, glass, plastic etc. – leaving the soil / debris to move on to our uniquely designed wash / press plant that will ‘clean, segregate, press’ what is left into 12 specific products that we will be able to sell to the respective markets – local councils, the public, garden centres etc.

Although intended for our own use we are increasingly being approached by similar organisations to ourselves who have similar disposal problems and have found they would be willing to PAY to make use of the new equipment.
The kind of waste that they will bring to us will define both the ‘fee’ and the stage that it will be able to ‘join’ the ‘production line’. Those dealing with ‘soil / debris’ are particularly interested as procedures can arranged whereby they can unload directly before the ‘wash/press’ equipment.

Our trials have proved very successful and we hope that during 2019 we will prove that this unique ‘manufacturing plant’ will be the modern answer to this very difficult social problem. Society’s apparent inability to deal with our own general waste has been almost pathetic historically. The archaic idea of digging a big hole in the ground and then dumping everything in it- known as landfill – appears to have been the only answer. Our experience means we have a detailed knowledge of exactly what is happening AND an awareness of how things MUST change. ‘Landfill’ has been disappearing at an incredible rate – and therefore it has become even more expensive to initially find and then transport debris to it.

We felt we needed an ONGOING answer to the problem that would have the Company’s financial future at its heart. Yes, being beneficial to Society was important but that reason alone was unlikely – IN THE LONG RUN – to provide
the reward that would ensure continuity . We also felt that the right ‘answer’ would be attractive to other Disposal Companies – even if we made a charge. We had already introduced ‘segregation routines’ to make our procedures
‘neater’ but that wasn’t generating Income. We felt we needed a ‘production line’ that would deal with ALL of the different waste categories BUT would isolate ‘end products’ that could be SOLD. Experience has shown that ‘soil debris’ is in most input loads. Just ‘sieving’ the item isn’t enough – due to size, contamination etc. If we were offering a Service we might need equipment that could handle SUBSTANTIAL volumes and if itwas to be re-used it needed to be ‘cleaned’, segregated AND potentially ‘pressed’ into blocks for SALE.

Costing £1.7m we have organised to purchase the Plant over five years. With funding assistance for the infrastructure we aim to prove that once everything is installed we will have a totally self-financing operation. The routines will not
only pay for the ongoing costs but will also ‘turn a profit’ for the Company. Admittedly this unique approach is something of a risk but we strongly believe it will prove to be the RIGHT LONG-TERM answer to this very public and very complex issue. 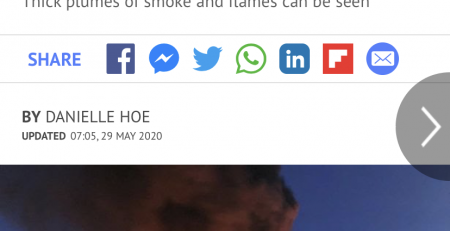 STATEMENT FROM AWM Statement from Arthur’s Waste Management. 29th May 2020. Thanks to a great effort by South Yorkshire Fire Service... read more 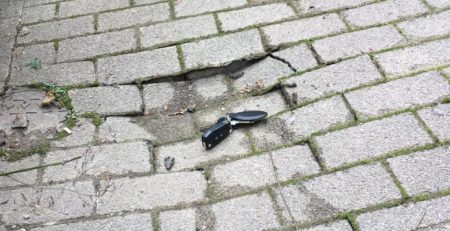 Sometimes the worst happens, but Arthurs Skips put it right. We made a collection of a skip from a customers... read more

James Cropper the paper specialist, has announced a trial recycling partnership with McDonald’s UK. According to Croppers, the partnership will... read more 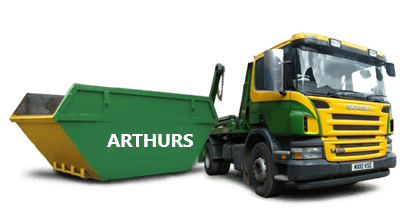 Sheffield recycling company Arthurs Skips & Waste Management have invested close to £2m in a state of the art... read more